Coping With the Anguish of Fertility Treatment 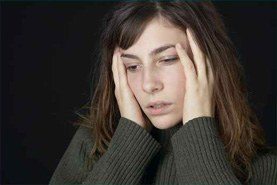 Few among us are not personally aware of the anguish of infertility, either from our own experience or that of a close friend or family member. Both as a clinical psychologist and a husband who has successfully achieved fertilization with my wife resulting in the birth of boy and girl twins, I have seen the problem from both sides. It is so widespread that in 1998, the Supreme Court ruled that conditions that interfere with reproduction constitute a disability as defined by the Americans with Disabilities Act.

In 2002, the Center for Disease Control found that 7.3 million women between the ages of 17-44 had significant impairment conceiving and carrying a baby to term. An estimated 2 million couples were experiencing infertility, defined as failure to conceive despite trying over the previous 12 months. We can be sure those numbers have only risen. It is also important to emphasize that where infertility was previously considered to be a female problem, research has determined that at least half the time, the problems are male in nature.