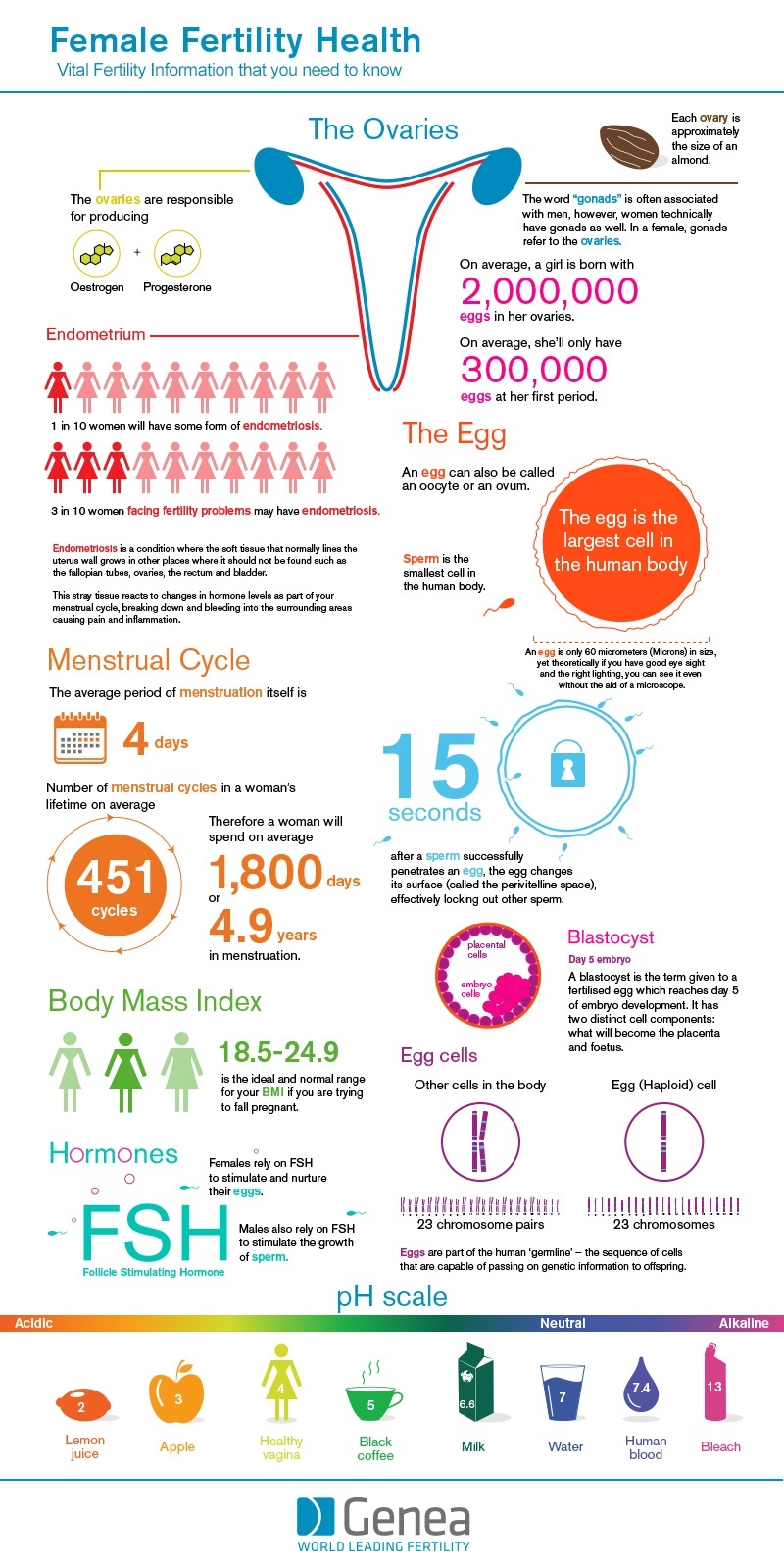 In a Web-based survey of 1,000 women ages 18 to 40 from across the United States, half of the respondents incorrectly believed that having sex more than once per day would increase their chances of getting pregnant, and more than one-third believed that certain positions during intercourse would similarly boost their chances.

The study also revealed that about 20 percent of women were unaware that aging has a negative effect on reproductive success, 30 percent didn't know that exposure to a sexually transmitted infection may impact their fertility, and 40 percent believed women continue to make new eggs, rather than being born with a finite supply, according to the study, published (Jan. 27) in the journal Fertility & Sterility.

Health – Eating habits and weight have no bearing on fertility

Poor nutrition can have an impact on fertility. Women with a Body Mass Index (BMI) over 30 or those who are severely underweight may have difficulties with fertility. The same issues impact male fertility bad heating habits; lifestyle and weight affect the quality and quantity of sperm.

We have sex often enough to get pregnant

Even someone very fertile and her partner, both in their 20s and in perfect health, will, at best, have about a 25% chance of conceiving in any given month, even with perfectly timed intercourse.

The current social climate seems to have caused women to delay childbearing.   Only about 1% of first-time mothers were 35 or older in 1970; this number increased eightfold to about 8% in 2006. These same social and economic forces that have contributed to this reality have also led many women to believe that fertility typically lasts into their 40s. Data suggests that the overall risk for infertility — defined as more than one year of regular unprotected intercourse without conception — increases with age. See infographic on the right

There's no rush to see a specialist

The old rule of thumb that most people believe is to see a fertility specialist if you have not conceived after one year of trying. This rule was true when people were trying to start their families at a much younger age. If you are younger than 35 with no other health issues you may follow this benchmark. But anyone older than 35, or anyone with any gynecologic or medical problems (irregular or painful periods, diabetes, thyroid problems, or just about anything else), should seek evaluation by a fertility specialist or her ob-gyn as it may be nearly impossible to conceive without some medical intervention.

Fear of the cost of Fertility Treatment 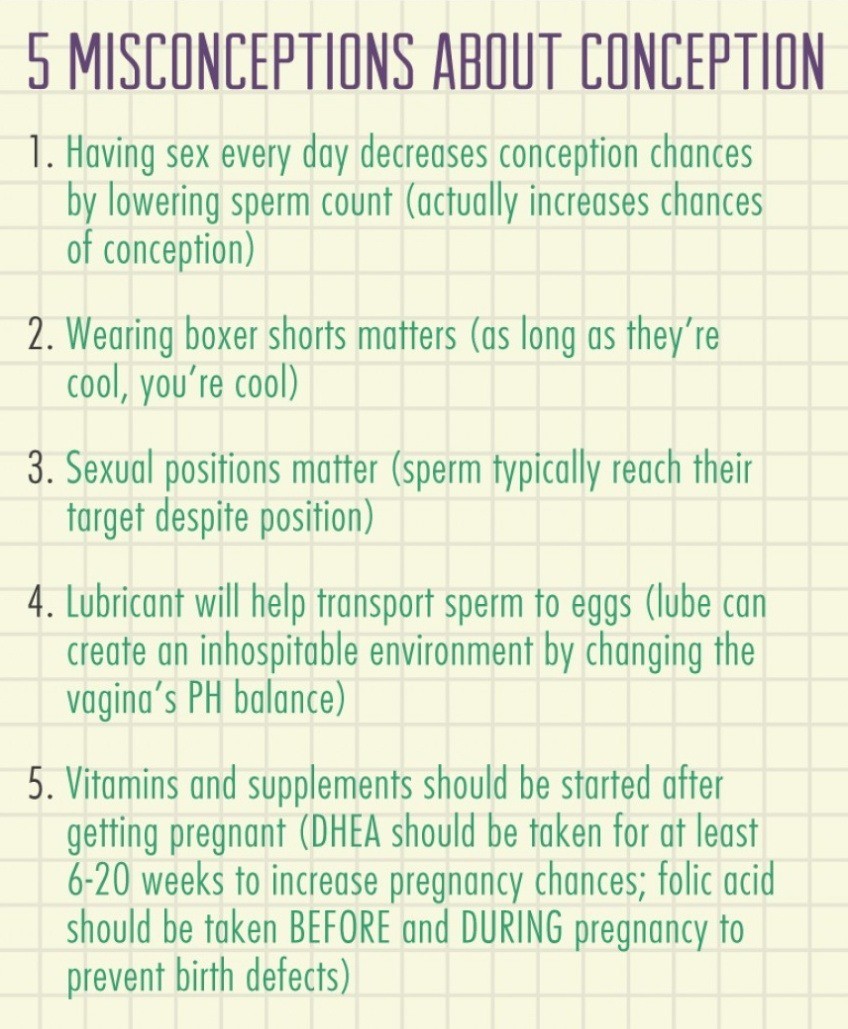 Fertility treatment means I'm going to end up like Octomom

While multiple pregnancies have always been the biggest risk of fertility treatment, professional fertility organizations have been working to reduce multiple pregnancies since the early 1990s. For example, guidelines for the number of embryos to transfer have helped reduce the IVF "triplet-or-more" rate by more than 70% since the late 1990s, with only less than 2% of IVF pregnancies in that category in 2008. A good fertility doctor can, and will, work with you to try and to avoid an aggressive treatment plan, but he will also be honest with you about your chances and when it's time to try something with a bit more oomph.